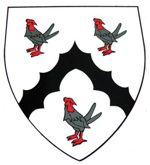 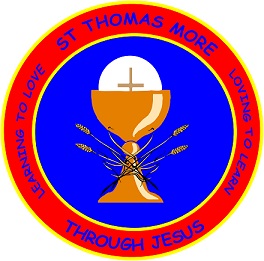 Sport at St Thomas More School is wide and varied.

We have many sports on offer, both individual sports and team sports.

We take part in many sporting events inclusive and competitive and many of our children have represented the school in various sporting activities across the district.

Here you can read about some of our recent sporting exploits! 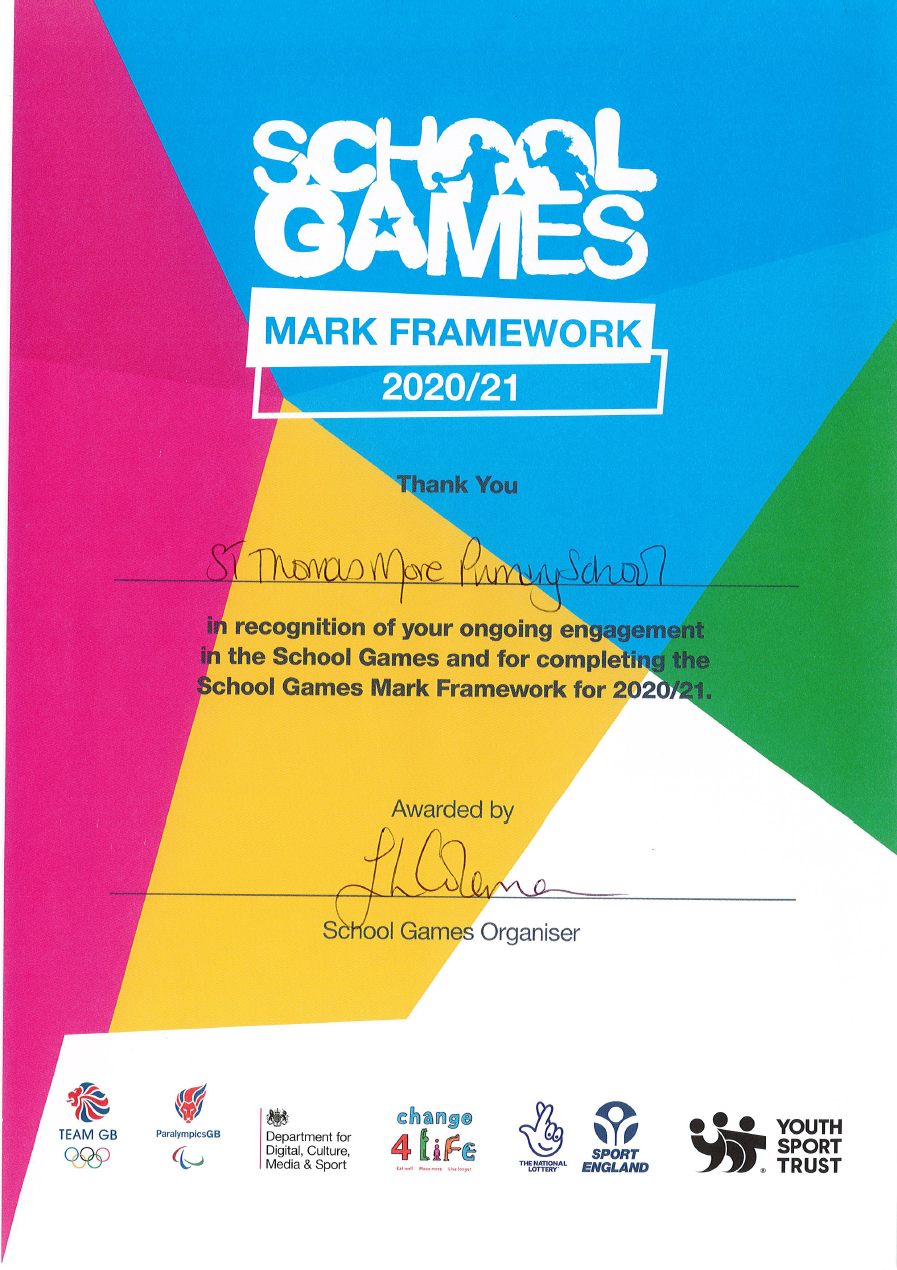 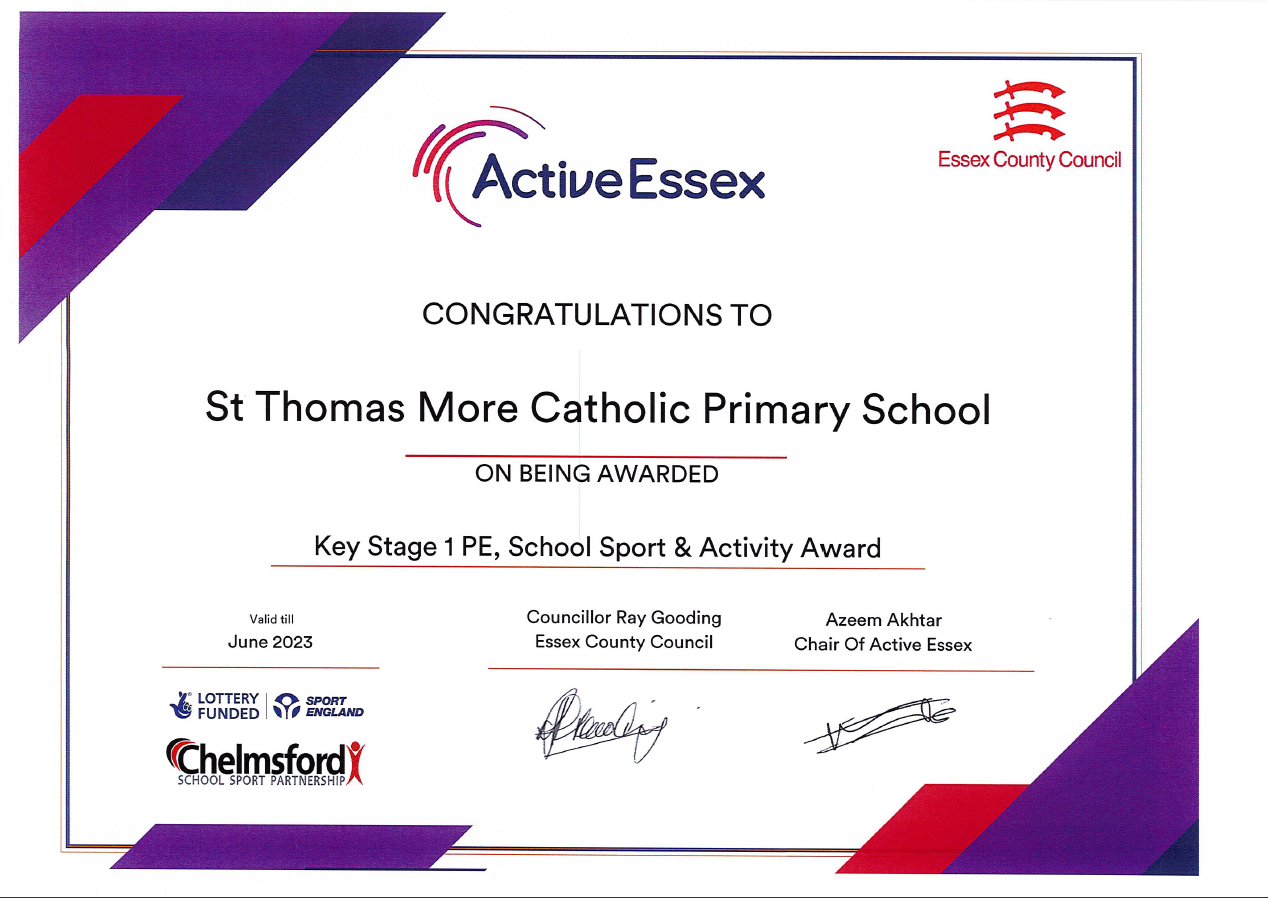 On Wednesday 18th May our Year 6 Rounders team took part in district rounders competition, held at The Joyce Frankland Academy.

A close group stage resulted in a win for the team.They met a strong Katherine Semar team in the semi final. In a nail biting match, a fumbled field in the last ball saw Toby score the winning rounder, placing us in the final against Newport. After a shaky start, a fantastic catch by Aaron and super bowling from Ava the team clinched the win for St Thomas More.

The team started well winning their first game against Radwinter and then their second against St Mary’s. They finished top of the group and faced another St Mary’s team in the final. Well done to all the children who took part. 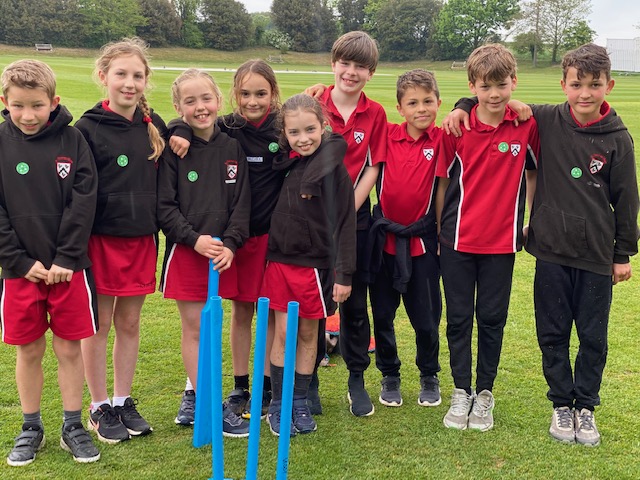 On Wednesday 27th April our three qualifying teams took part in the county cross country finals at Garons Park Southend, along with our individual qualifier. All children despite an early start and a very cold day, competed with determination and good spirits.

Well done to all children! 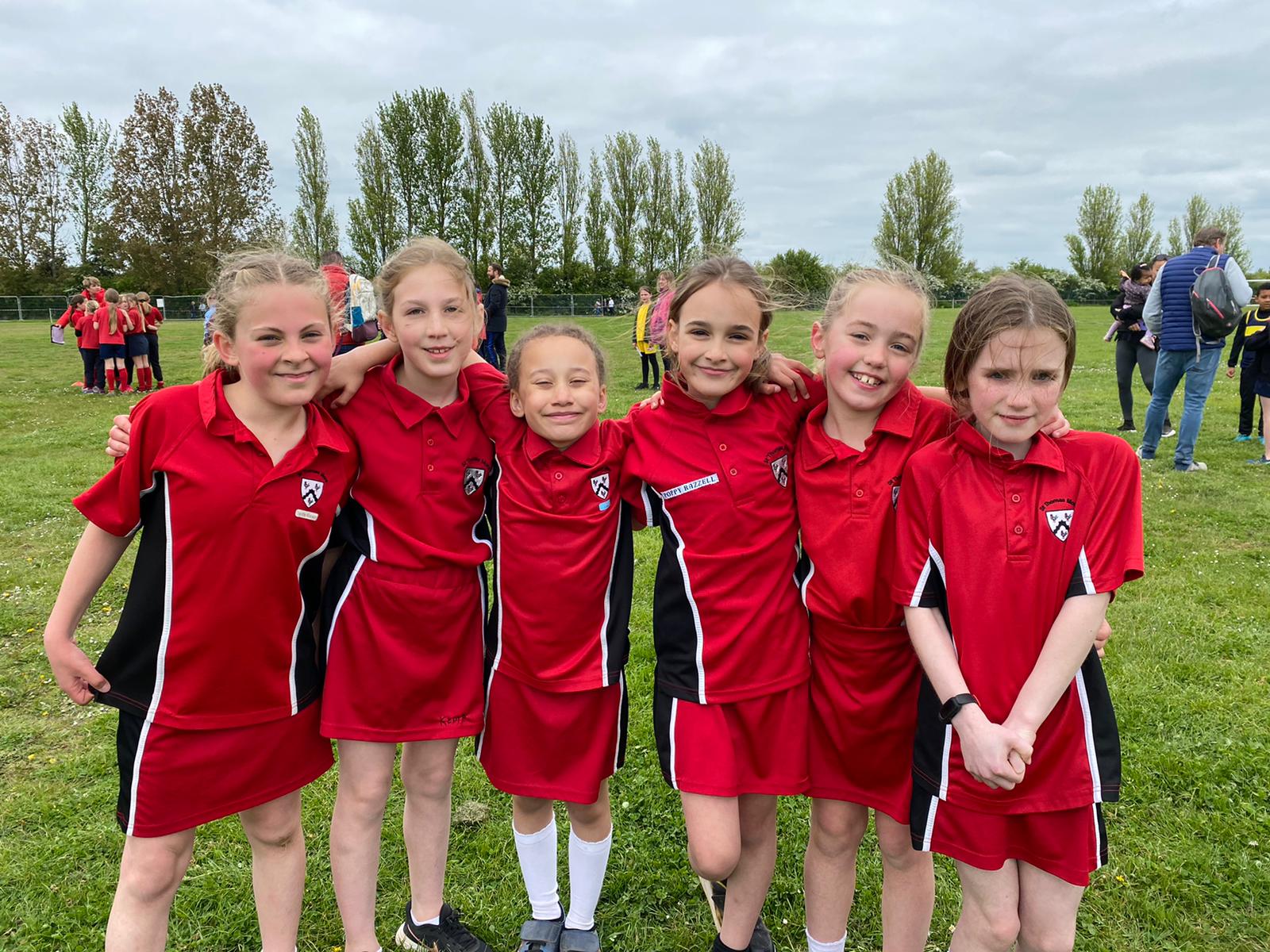 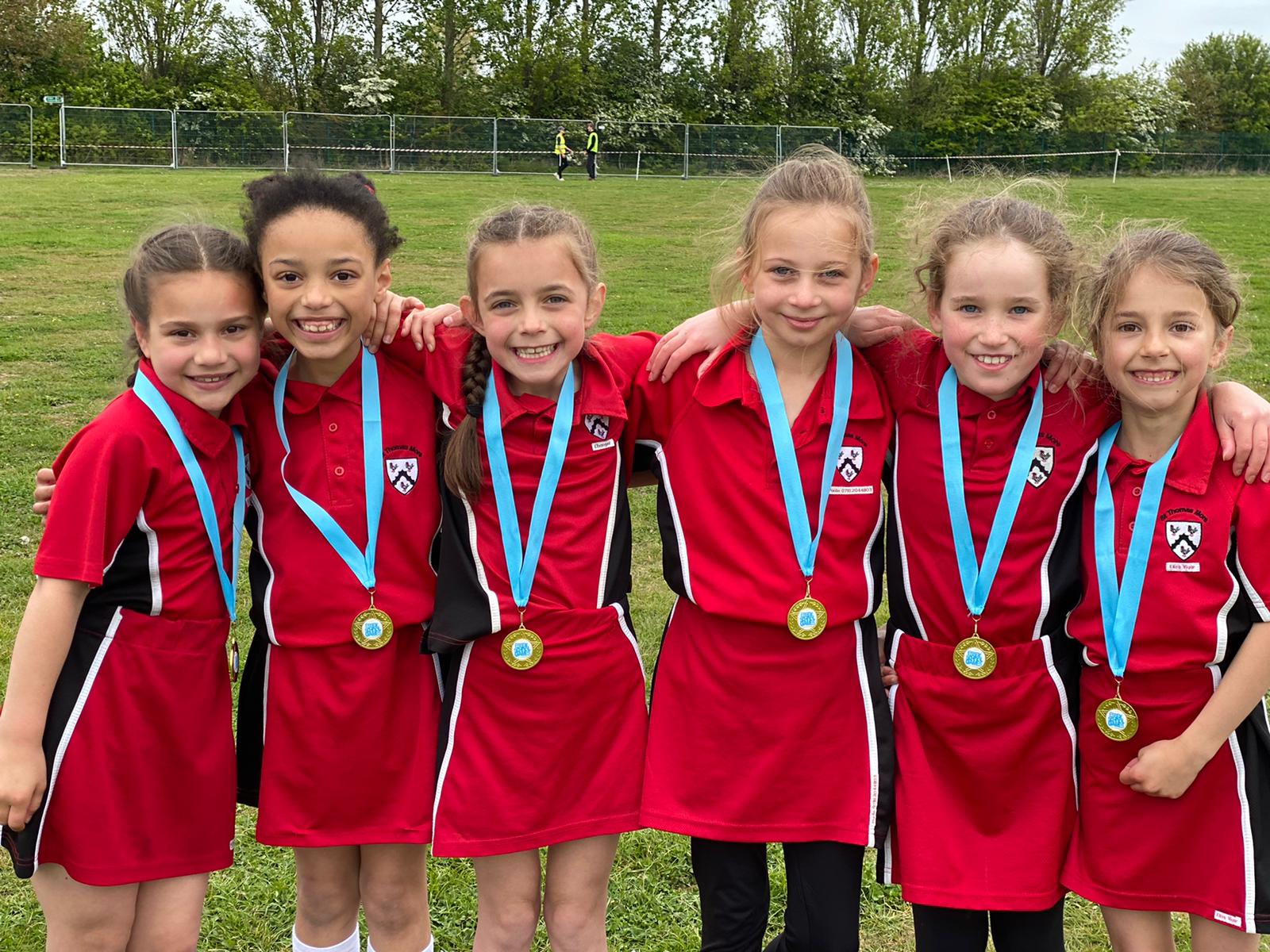 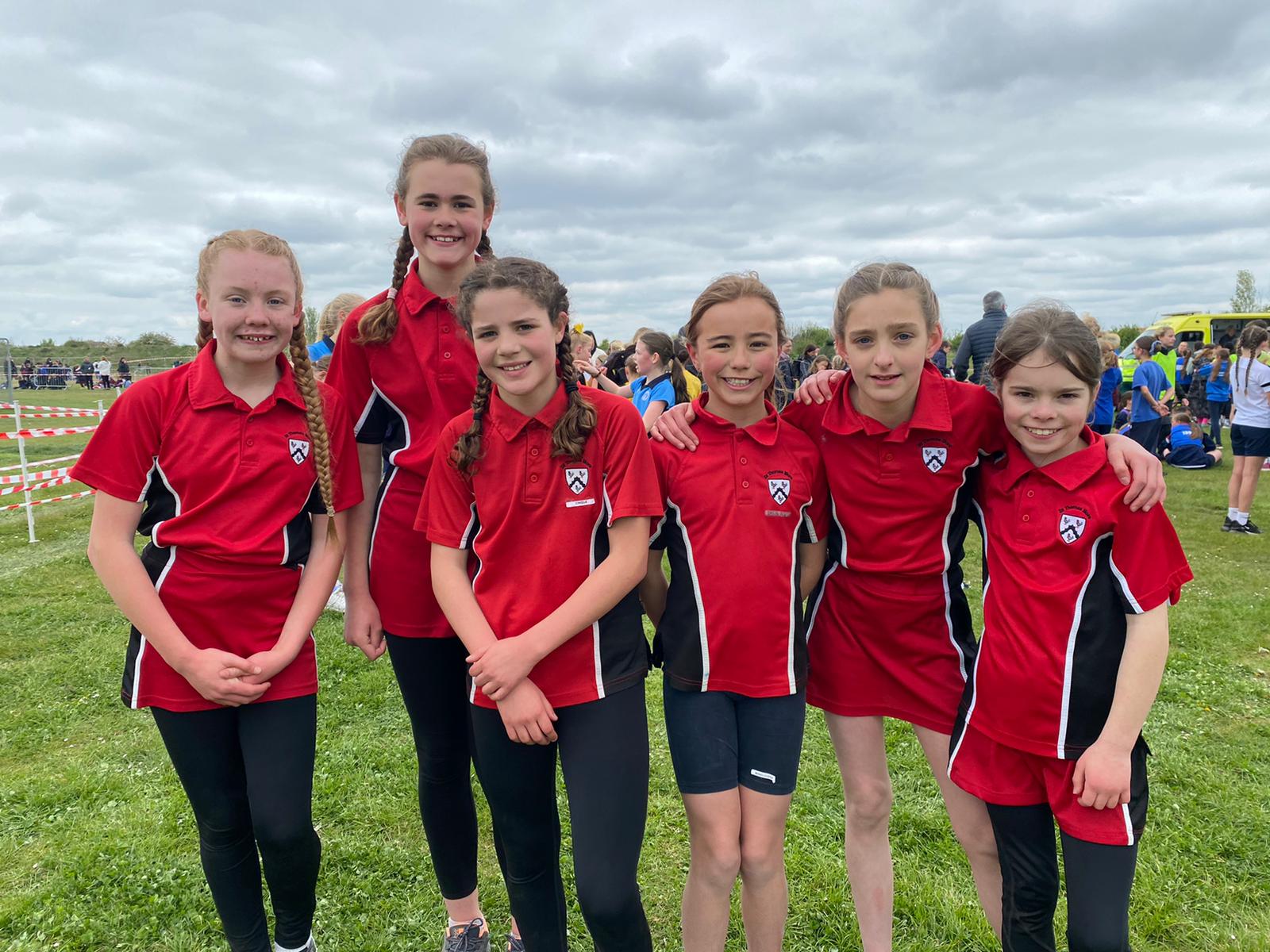 On Friday 22nd April our Year 3&4 and Year 5&6 swimming teams travelled to Dunmow for the District finals of the swimming gala.

36 children took part in a number of different races throughout the afternoon against 12 other schools. Some fantastic swimming efforts made by the children, saw both age groups finish in 1st place as district champions.

A huge well done to every child who took part.

On Thursday 28th April our Year 5 Archery team took part in the district finals at RA Butler school. They faced opponents from 10 other schools across the district in a five round tournament.

After a fantastic first round where all four children scored a bullseye they settled into their game, only missing the board 4 times from 60 shots. Their teamwork was incredible, leading them to a fantastic 45 score placing them in gold medal position and winning the district cup! A huge well done to Sebastian, Chloe, Alice and Felix.

On Friday 10th March our Junior Cross Country teams took part in the district finals at Carver Barracks. In tough conditions all children showed great determination as they took to the field. Whilst we have yet to receive confirmation of the final team positions, we can confirm the individual medallists were Ava - Gold, India and Clara - Silver and Eliza - Bronze.

These children and all individual runners who finished in the top 5 will qualify with the top teams for the County Final at Garons Park Southend on Wednesday 27th April. The qualifying teams are Year 6 girls, Year 4 girls and Year 3 girls.

We wish them all the very best. Well done to all the children and a special thanks to all those parents and grandparents who came to support! 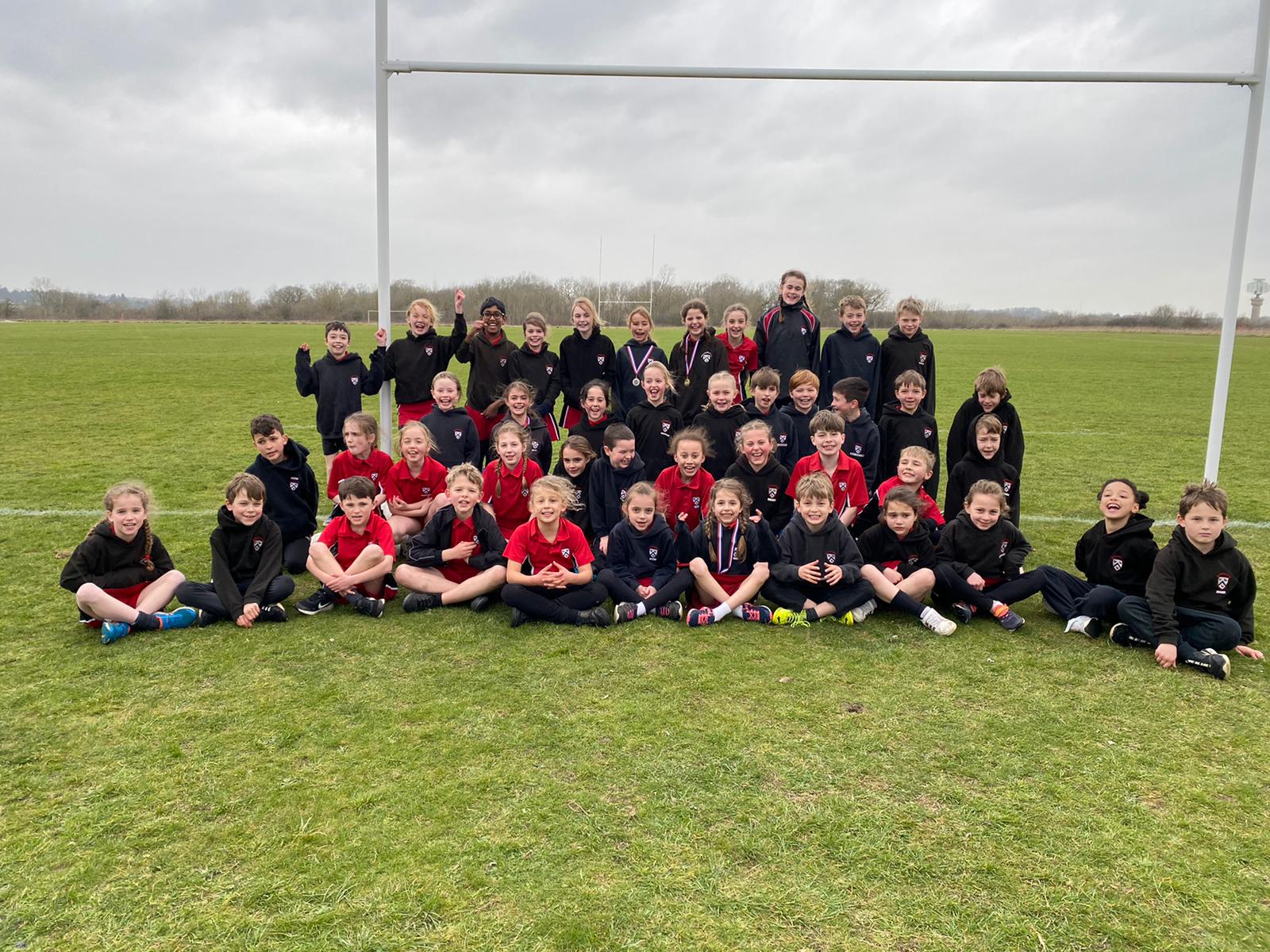 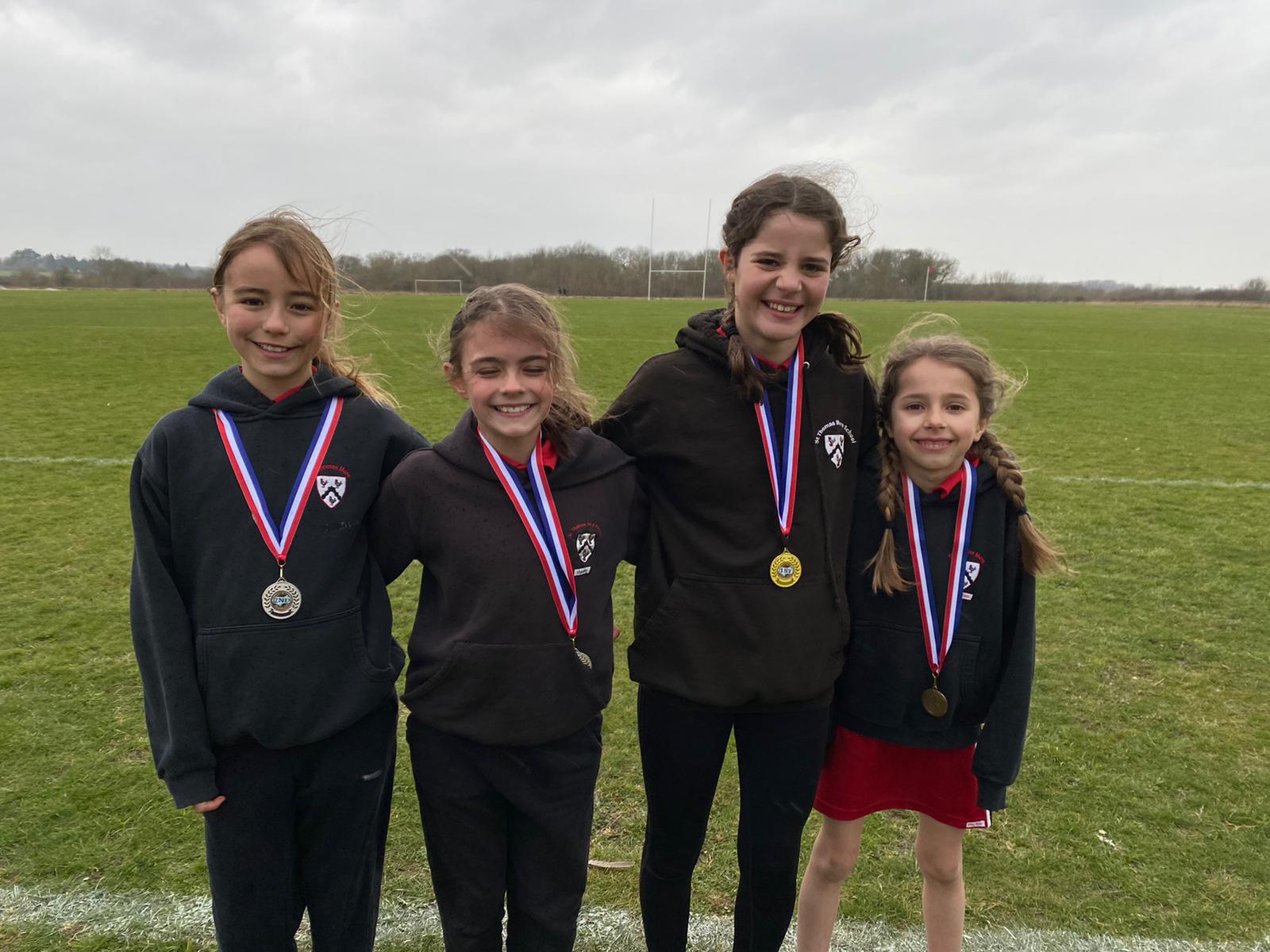 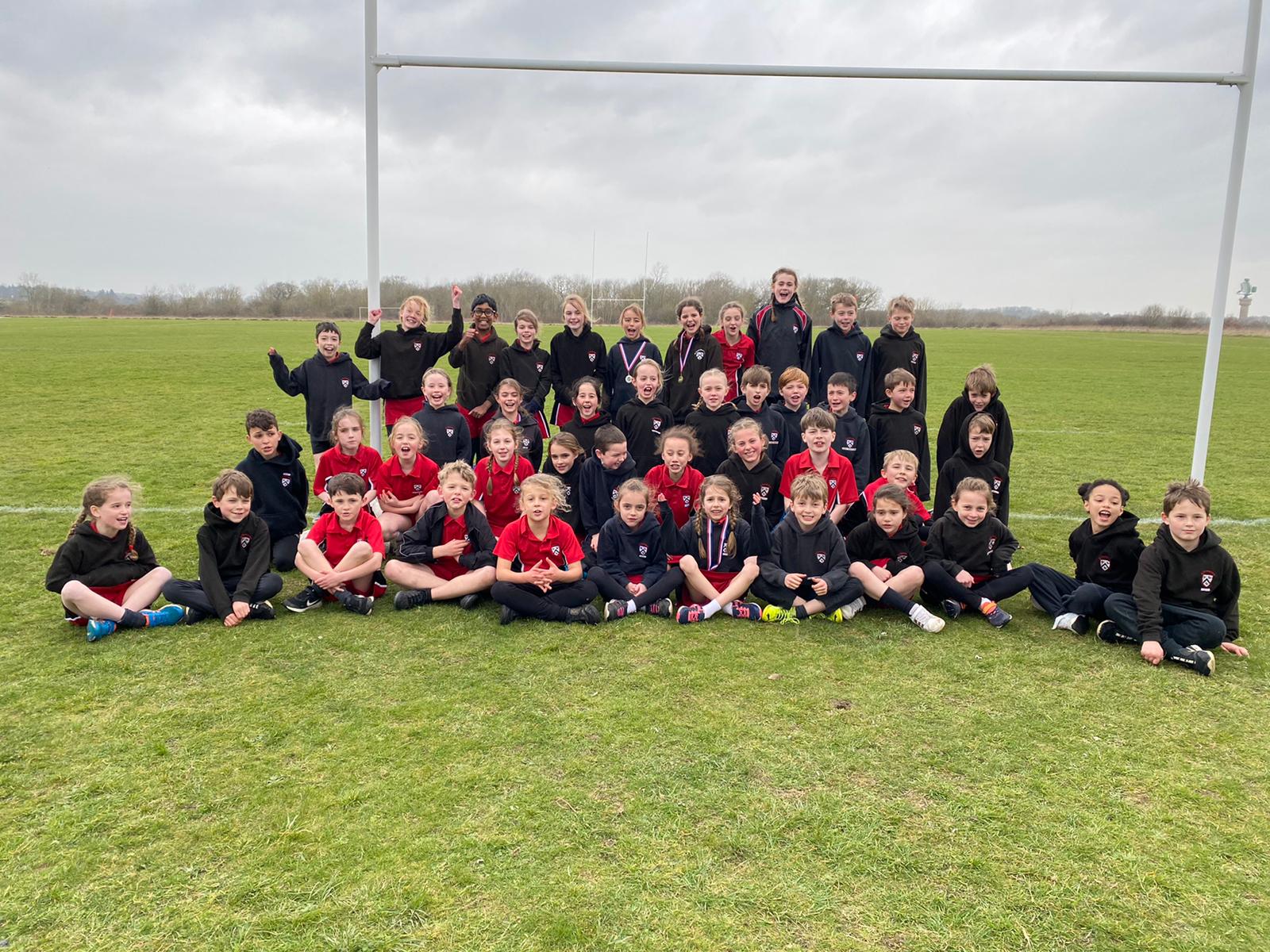 Our cheerleading team and the gym team took part in the partnership Gym and Dance show Saffron Hall on the 9th March.  A big well done to the children who took part. It was a fun event held at Saffron Hall and all the children gave fantastic performances! 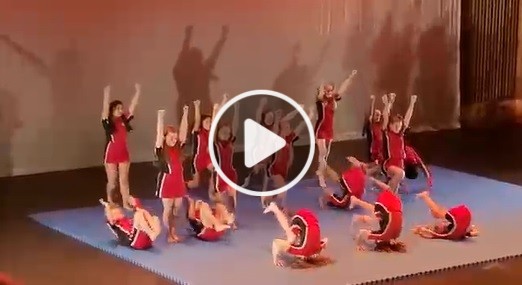 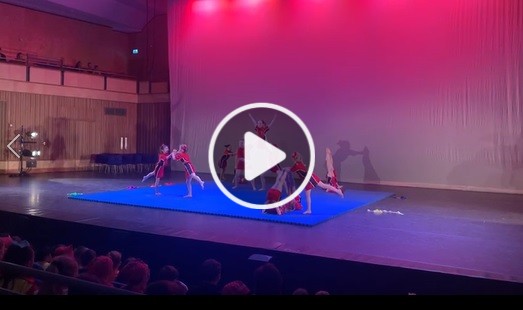 On Wednesday 9th March after a two year wait, our junior swimming team took part in the USSP swimming Gala at the Lord Butler Leisure Centre. The children took to the water in a mix of individual and team rally events, achieving some fantastic results. Despite a very tight margin between us and Dame Bradbury school, we successfully returned both the Year 3/4 and 5/6 trophies back to the school with a double team win!

Well done to everyone who took part and we wish them all the best in the next round on 22nd April at Dunmow.

Year 3 have been learning some country dance moves in their PE lessons this term. 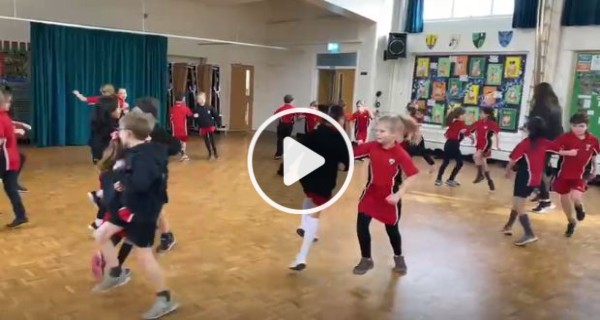 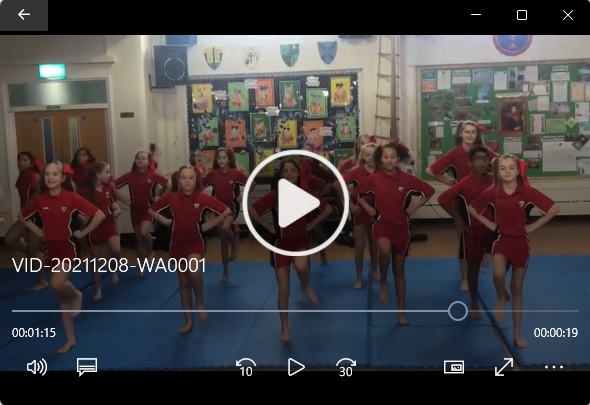 On Wednesday 3rd October, lots or our Junior children took part in the USSP Cross Country Competition at Herbert’s Farm.

Year 3/4 ran a course of 1200m and Years 5/6 ran 1500m. Every child ran their absolute best and competed at a high level against local schools. We had some fantastic individual and team results. Any child who finished in the top 10 will progress to the next level as will the children who qualified in 1st, 2nd and 3rd place as a team. A huge well done to everyone who took part and a special thanks to our parents who supported the children.

The next level event is due to be held at Carver Barracks.

Player of the tournament for the boys was Felix who gave a superb performance.

The afternoon was the girls turn and the player of the tournament was Goalkeeper Autumn, who carried out some incredible saves.

Well done to everyone who took part!